Monique is currently the Children’s Division Assistant Manager at Loveland Public Library. She graduated from Colorado State University with a Bachelor’s degree in Business with a marketing concentration. She worked as a marketing coordinator in Pueblo, CO for a couple of years after graduating, but she truly discovered her passion when she moved back north and got her first library job as a bilingual library assistant at Poudre River Public Library District in 2017. Though her path to libraries is a bit non-traditional, she loves working with and bringing library services to diverse populations in our communities. She is excited to be a REFORMA officer and chair of the 2022 REFORMA Colorado Conference.

Born and raised in Northwest Denver, Estrella Damian is a Library Program Associate at the Denver Public Library’s Smiley Branch. In 2015, she was hired as a youth employee at DPL’s Rodolfo “Corky” Gonzales branch and discovered that she loved connecting with her community through the library. In June 2021, she graduated from the University of Denver with a BA in English with a concentration in creative writing and minors in criminology, writing practices, and media, film & journalism studies. In July 2021, she was hired to manage the Abraham Lincoln High School library and realized how much she missed working in a public library setting. Her current position as an LPA allows her to create library programs and promote library services to people across Denver. 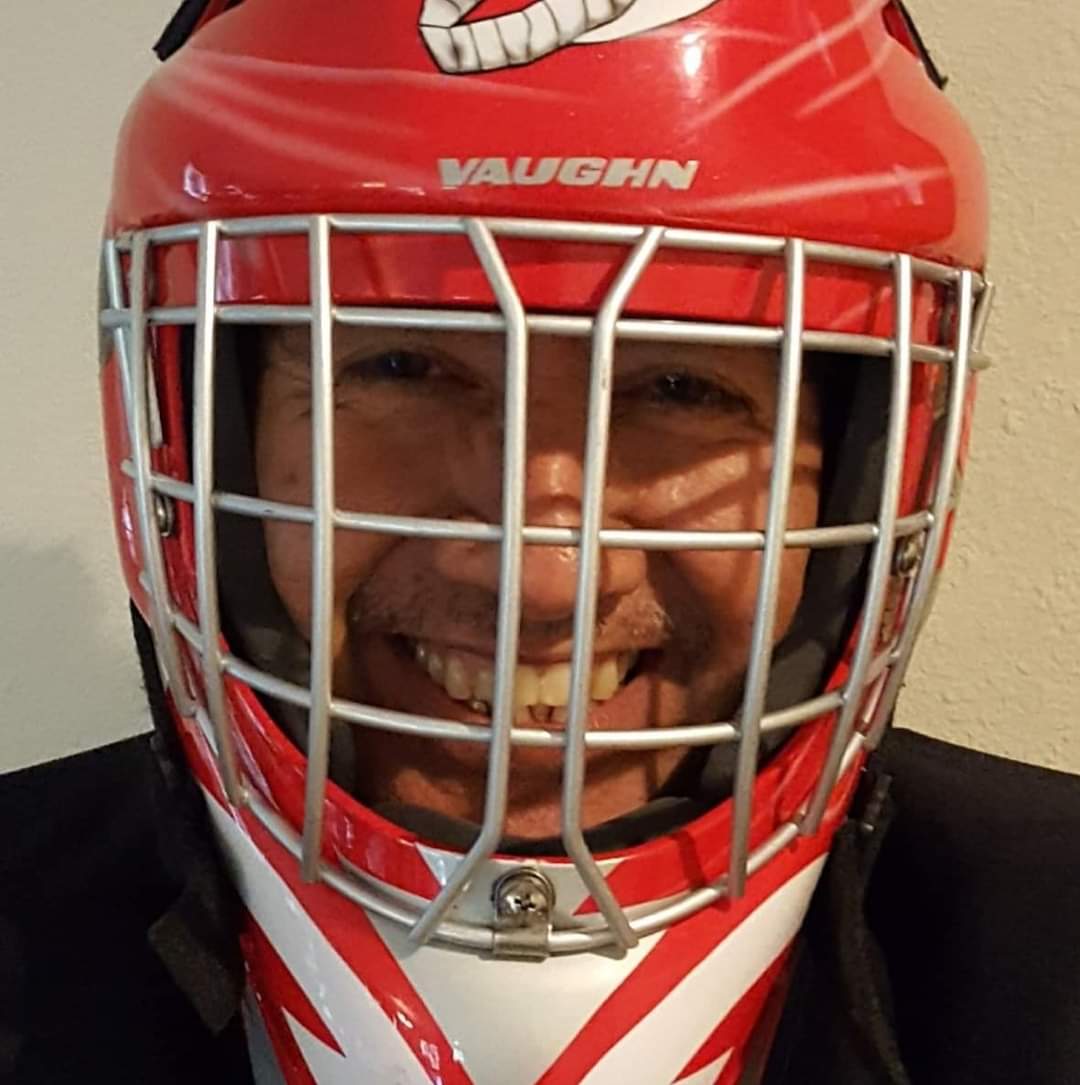 Lando received his BA in Sociology/Social Science from Hastings College (1976), his MA in American Studies from the University of Hawaiʻi at Mānoa (1980), and his MA in Librarianship & Information Management from the University of Denver (1981). He has worked in both academic and public libraries in Colorado his entire professional career. In 1990 he joined the library faculty at the Auraria Library; his position morphed several times over the years and he finished his career as the Social Science Researcher Support Librarian. Lando has long been associated at both national and state levels with REFORMA, an organization which has provided him with many networking, professional development, and leadership opportunities, not to mention long-lasting friendships. His fifteen minutes of fame came in 1998 with the publication of Serving Latino Communities: A How-To-Do-It Manual for Librarians, a book he co-authored with his friend and mentor, Dr. Camila Alire.  He has served as Treasurer of the Colorado Chapter since 2013. He retired in 2021 and is now living in Fort Collins where he enjoys playing hockey and ride his bike with his traveling companions, Taco and Belle. 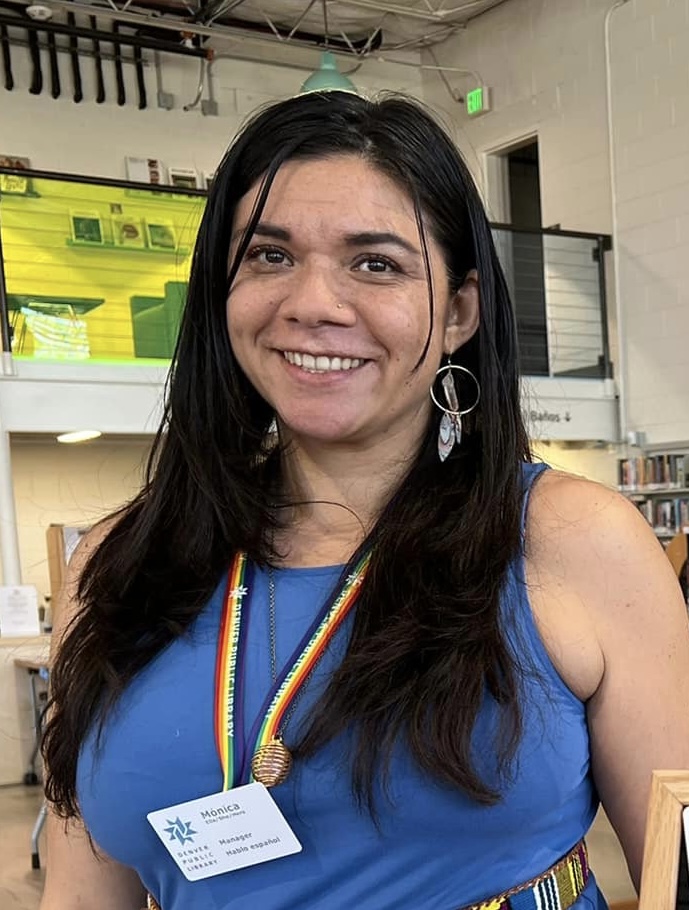 Mónica Lozano serves as the Senior Librarian at the Bob Ragland Branch of the Denver Public Library. With both a Master of Arts in Womens and Gender Studies and a Master of Science in Information Studies, Mónica brings an interdisciplinary approach to her work creating welcoming, engaging programs and spaces at the library.  Mónica is bilingual in English and Spanish. She has a passion for working with immigrant and Spanish-speaking populations and established a successful social justice book club at Denver Public Library. Mónica while serving on the Board of REFORMA Colorado, works to expand membership and establish a scholarship fund for Latinx students going into the field of librarianship. She was recently selected to participate in the Impact Denver leadership program through the Denver Metro Chamber of Commerce. 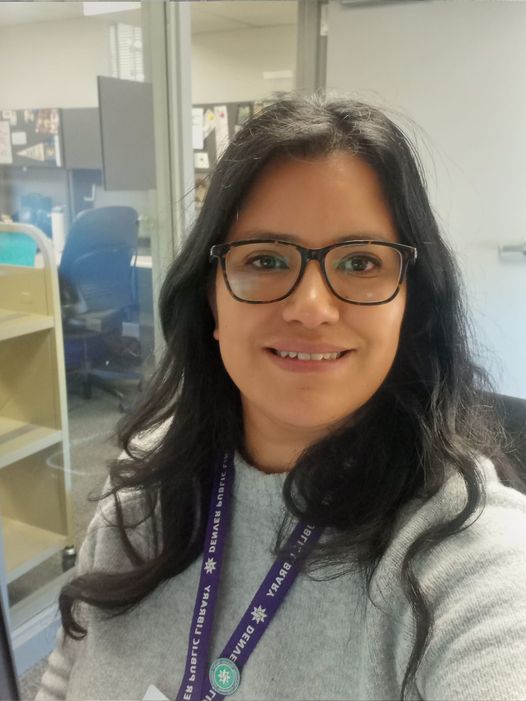 Carolina Saldivar is a bilingual librarian at the Hadley Branch of the Denver Public Library and is originally from Mexico. Carolina volunteered at El Paso Public Library: Sergio Troncoso Branch and fell in love with the library profession. She received her MLS in 2015 from Texas Woman’s University. She served two terms as Secretary for the REFORMA Colorado chapter from 2017-2019 and was President of the Colorado chapter from 2021-2022. Carolina had the opportunity of being part of the Pura Belpré Award Selection Committee for the 2022 awards. Carolina has been a REFORMA member for the last six years and chaired the 2021 REFORMA CO Virtual Conference.

These are standing committees comprised of one or more Reformistas. Committees are an excellent way to get involved in REFORMA Colorado.

Scholarship Committee – This committee plans scholarship deadlines and will be reviewing applications soon! Mónica Lozano is the scholarship committee chair.

Website Committee- This committee works on all website issues by web mastering, making changes based on member suggestions and updating the material. Current head of the website committee is the webmaster, Mónica Lozano.

Conference Planning Committee- This committee plans and carries out everything to do with the annual REFORMA CO Conference. The Vice President is always the conference chair. To contact the committee, please email conference@reformacolorado.org

Translation committee– People on this committee must be bilingual and fully literate in English and Spanish, as they will be called upon to translate all sorts of materials for libraries and occasionally other community organizations. Current heads of the translation committee are Viviana Casillas and Nicanor Diaz.

To contact any of the committees, please email president@reformacolorado.org

New officers are elected each year and serve for 1 year from July 1 – June 30.

All members are encouraged to run for office.